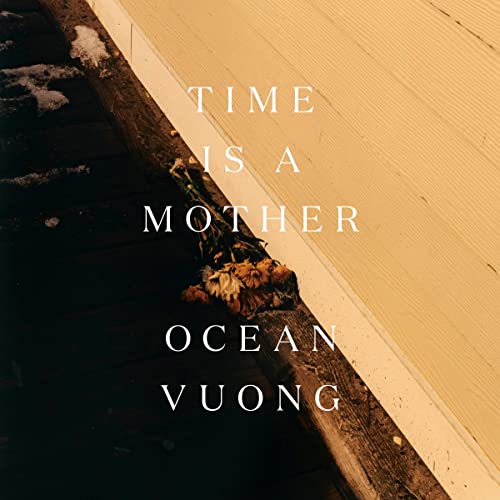 Summer is the time to savor books, and with audiobooks, you can enjoy the latest celebrity biography or literary sensation on a road trip or long plane ride. What could be better company for a long solitary stroll in nature than immersing yourself in the four-century long saga of “Sea of Tranquility” or listening to the intimate yet humorous confessions of Molly Shannon while on an extended train ride?

These aren’t the typical beach reads — instead you’ll find food for thought from some of entertainment’s most fascinating personalities, like Bob Odenkirk and Shannon, in-depth looks at entertainment icons like Nicolas Cage and “Mad Max” and the latest works from stars of the literary world like Ocean Vuong, Otessa Moshfegh and Bolu Babalola. Looking for the audio version of a page-turner? For a hard-to-put down mystery, try “Two Nights in Lisbon” with a dash of international intrigue or “I’ll Be You” for a family drama with timely themes of cults and con-women.

Here are some recent hot titles perfect for vacations and downtime:

One of the most popular modern poets of the past few years, Ocean Vuong made a splash in the publishing world with his 2016 collection “Night Sky With Exit Wounds,” which won the T.S Eliot prize. And, after six years spent working on other projects — including his 2019 debut novel “On Earth We’re Briefly Gorgeous” — his long awaited second collection “Time is a Mother” published this year to acclaim. Vuong narrates himself, and the rhythm of the author’s voice over the course of the 1 hour, 43 minute audiobook makes it even easier to savor the imagery of his words.

Emily St. John Mandel writes complex, time-jumping novels, and her latest is no exception. Set over four centuries, “Sea of Tranquility” explores the stories of four different people who are connected by a single event in a forest.
It’s a lot to wrap your head around, but the narration for the audiobook version — provided by Arthur Morey, Dylan Moore, John Lee and Kirsten Potter — helps to make it more accessible. And as the timelines begin to merge and the narrators bleed into other sections, it helps convey the the sheer ambition of what Mandel is attempting.

Few actors in Hollywood are more beloved than Bob Odenkirk, a brilliant comedian who ended up becoming a brilliant dramatic actor. His new memoir “Comedy Comedy Comedy Drama” tells the story of how that transition happened, beginning with Odenkirk’s early years at Second City, his work with David Cross on the acclaimed “Mr. Show” and the phone call that would change his life by offering him the part of Saul Goodman on “Breaking Bad.” It’s a hilarious, clear-eyed story of what it’s like working in Hollywood, and Odenkirk brings his trademark wit and comedic timing to his narration duties.

Molly Shannon concluded an extremely successful year on television (starring in the comedies “White Lotus,” “The Other Two” and “I Love That For You”) with a memoir that is just as enthralling to read as she is to watch on screen. Shannon’s book is at turns depressing and hilarious, giving insight into a true legend of comedy, from her days on “SNL” to the most difficult days of her life. Her writing style is playful, and she narrates the audiobook with all the charisma you’ve come to expect from the comedian.

No matter how much you liked “My Year of Rest and Relaxation,” it’s possible Moshfegh’s new novel “Lapvona” may be harder to swallow (pun intended). Set in a medieval village where filth and sickness is as commonplace as air, the audiobook is narrated by Moshfegh herself as she tells a gruesome story of religion, sexual deviance and cannibalism. The story follows a young, deformed boy named Marek who becomes heir to a terrifying Lord and the series of twisted events that precede and follow. Moshfegh takes the freakiest and most unsettling bits of her previous novel and pushes them to a breaking point in “Lapvona,” and her tone is so singular that it’s worth hearing the story from the author herself.

Narrated by Nigerian actor Weruche Opia (who you most likely know from her role as Michaela Coel’s loyal best friend on “I May Destroy You”), “Honey and Spice” is a salacious and entertaining debut romance novel from journalist and cultural critic Bolu Babalola. She uses fiction as a means to explore the current state of Black British society, without sparing a moment of drama or sex appeal. And although the story of ​​Kikiola Banjo — a student broadcaster who gets wrapped up in an unpredictable romance — is interesting enough on its own, Opia gives so much life to her narration that you won’t want to step away for a moment.

When recently-married Ariel wakes up in her Lisbon hotel room, she’s surprised to find her husband is gone. Ariel is a small-town bookshop owner and mother of a young teen whose quiet life doesn’t seem like the stuff of international intrigue. But as she appeals to the American Embassy and Portuguese police for help, it turns out both Ariel and her husband have been keeping significant parts of their lives from each other. This engrossing mystery combines the beauty and history of Lisbon with the story of an American couple who turn out to have more secrets than either could imagine.

Sam and Elli were successful child actors and identical twins who were riding high until their paths began to diverge sharply as teenagers. Flash-forward more than a decade later, when over-achieving Elli fails to return from a mysterious retreat in Ojai and Sam, who’s just beginning to finally get her life back together in L.A., is called in by their mother to help figure out what’s going on behind her twin’s perfect-seeming facade. With lots of sharply-observed details and themes that echo the practices of recent cults, “I’ll Be You” is a thoroughly entertaining contemporary California novel.

Nicolas Cage is as much a mythical entity as he is a real human in the eyes of the masses. Cage, who has starred in classics such as “Con Air,” “Face/Off,” “The Rock” and “Mandy,” has cemented himself as his own national treasure in Hollywood. Written by critic and journalist Keith Phipps, “Age of Cage” is an extremely detailed, intimate record of one of this generation’s most electric screen presences. The book paints a colorful portrait of the enigmatic icon by analyzing Cage’s expansive filmography, all the while chronicling the transformation of film itself throughout Cage’s career. As much a story about Hollywood as it is about becoming a movie star, “Age of Cage” is a must-listen for Cage fans.

The story of how George Miller’s 2015’s tour-de-force action film “Mad Max: Fury Road” was made is a saga unto itself. Spruced up from Kyle Buchanan’s 4,600-word 2020 New York Times feature, “Blood, Sweat & Chrome” showcases a deep, compelling examination of Miller’s nearly-unbelievable big-budget triumph. Including more than 130 interviews with “Fury Road’s” creators and admirers, the book is a chronicle of the miraculous endeavor — which required extensive creative and financial perseverance on the part of the entire cast and crew. The story begins long before the film’s inception and continues through the grueling 2012 location shoot in Namibia. With a highly challenging production, the story of Miller’s masterpiece is a turbo-charged tale behind-the-scenes of one of the most astounding films ever shown on the big screen.